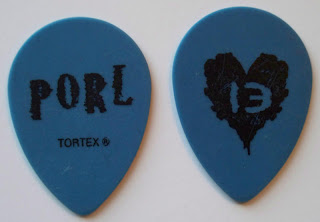 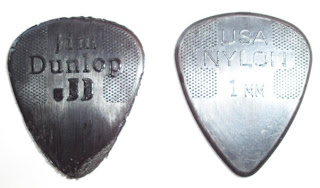 "one on left was given to me by Robert. he said he used it the night before, so San Jose.... The one on the right I got from a roadie who threw them into the crowd after the Mountain View California gig, its was onstage during concert but not used."

Couple of other shots are in the photo gallery.
(Thanks Eric)
Posted by Craig at 1:44 AM