Win a copy of 'Trilogy' on Blu-ray

Musik Express is giving away 3 copies of 'Trilogy' on Blu-ray. Not sure if this is only open to those in Germany or not.
(Thanks David)
Posted by Craig at 2:11 PM 2 comments

'Friday I'm In Love' on 'About Time' soundtrack

The Playlist reports that 'Friday I'm in Love' will be featured on the soundtrack (out Sept. 2nd in the UK) for the new film 'About Time', which opens Sept. 6th in the UK, Nov. 1st in the US. (Thanks David)
Posted by Craig at 6:35 PM 2 comments

Phil Anselmo's love of The Cure

From Nola.com: Did you hear that the Voodoo Music + Arts Experience has added The Cure to the line-up?
Anselmo: I saw that. I’m a big fan, man. I love The Cure.

Do you really? I didn’t think you’d be as excited as everyone else seems to be.
Anselmo: I’m an older Cure fan. “Seventeen Seconds” (from 1980) and “Faith” (from 1981) are my two favorite Cure albums. Robert Smith is just a greater songwriter, period. It’s a beautiful addition to the Voodoo Fest. Big, big thumbs-up right there.

So if you’re in town the first weekend of November, you’ll be there?
Anselmo: I might be in town, I might not. I have a gig in South America. I wish I could tell you more about it. It’s kind of like the thing I do with the Metal Masters; it’s an all-star cast. But hopefully I’m home. Because I’d love to see The Cure.
Posted by Craig at 3:52 PM 1 comments 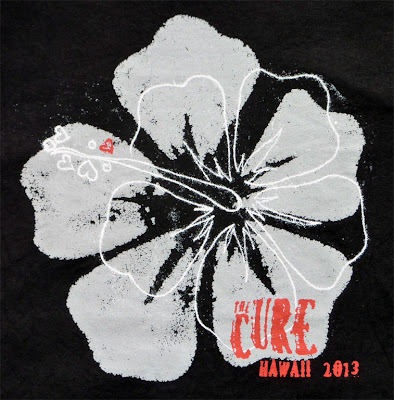 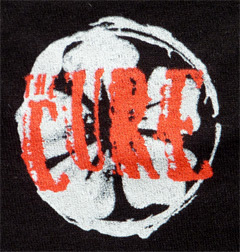 Thanks to Olivier at It's a Perfect Day, here are some better shots of that special Cure Hawaii shirt.
Posted by Craig at 2:14 PM 9 comments

Catching up with the Great Circle Tour

Just some stuff that's been sent in since the conclusion of the Great Circle Tour.

Lots of updates at It's A Perfect Day: Photos & videos from Osheaga, and photos and videos from Lollapalooza.
(Thanks Olivier)

Photo of Robert and Tamaryn backstage at the Honolulu show. (Thanks Leonor)

Great Lollapalooza photos from Mauro Melis posted at Sound of Violence. (Thanks Mauro)

Andreas has uploaded some better quality MP3s of the Lollapalooza webcast: Part 1 - 2 - 3. (Thanks Andreas)
Posted by Craig at 1:44 PM 3 comments

When Robert met Trent in NOLA 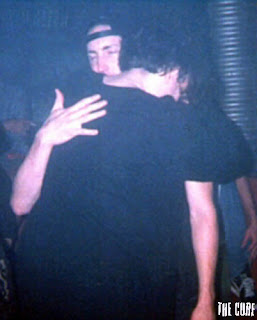 The last time Robert Smith & Trent Reznor were together in New Orleans (Swing Tour show 1996, with Trent, Marilyn Manson, and Clint Mansell in attendance), well, things got a bit odd. The story from Alternative Press:

"Every city in America has at least one Gothic club. In New Orleans, it's the Blue Crystal. When a band like the Cure is in town, the Blue Crystal throws a party after the show. The club called Reznor, the closest thing they have to a local dignitary, to invite him to the Cure after-show party. Further conversation revealed that the only way the Cure would show is if Reznor is there, too. You can't hear it anywhere in Nine Inch Nails, but Reznor is a Cure fan from way back. He considers the Cure's The Head On The Door" one of the best records ever." His favorite description of himself: "Robert Smith with a head cold."

So what will happen this time? Will the bromance continue? Do we even have a goth club now? I would have no idea. No, this time, since it will still be Halloween (sort of), Trent should take Robert to The House of Shock or The Mortuary. :)
Posted by Craig at 9:49 AM 3 comments

The Cure @ Voodoo announcement on WWL


My bad cell phone video of WWL's announcement of The Cure at Voodoo on tonight's 6PM newscast in New Orleans.
Posted by Craig at 7:09 PM 5 comments

After 13 long years, The Cure returns to NOLA!