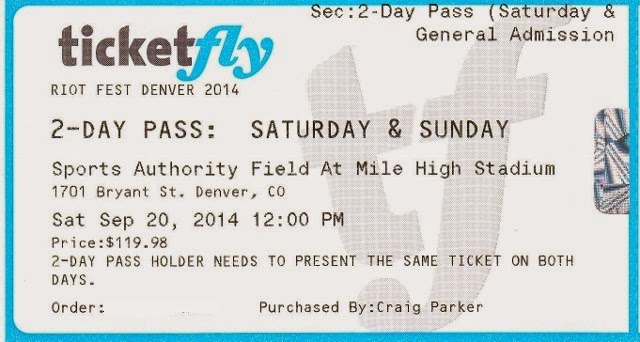 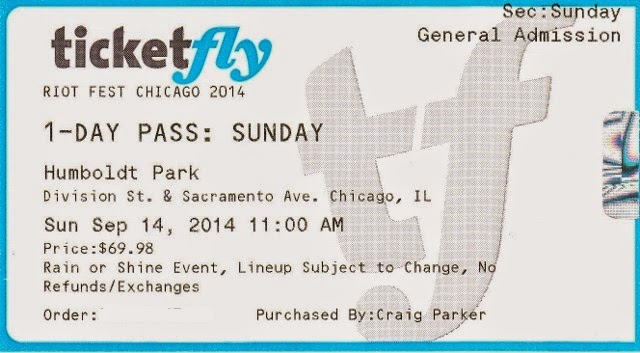 Now to hope for no schedule conflicts, so that I can see some combination of The Cure, Billy Bragg, Tegan & Sara, Cheap Trick, and Weezer. But if I can just see The Cure & Billy Bragg, I'll be happy.

Sorry for the useless post, just a bit excited about this. :)
Posted by Craig at 6:45 PM 24 comments 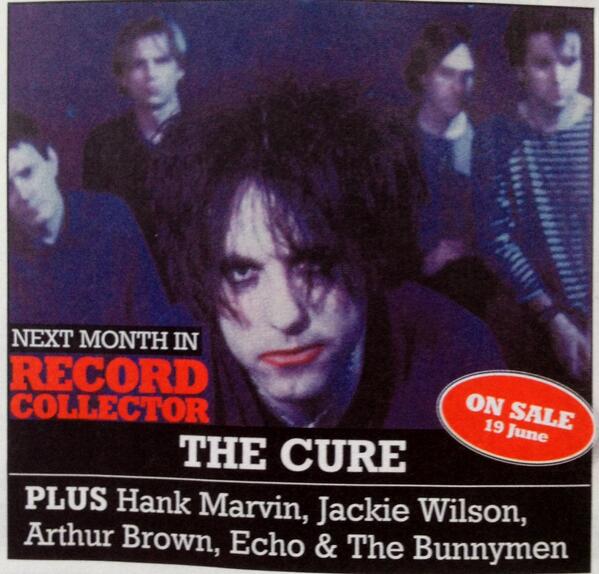 Record Collector will be running a Cure feature in next month's issue, which will be on sale June 19th. (Thanks Lars)

Update (06/18/14): From Record Collector on Facebook: "Unfortunately due to unforeseen circumstances - the upcoming CURE feature previously advertised will now run at a later date." 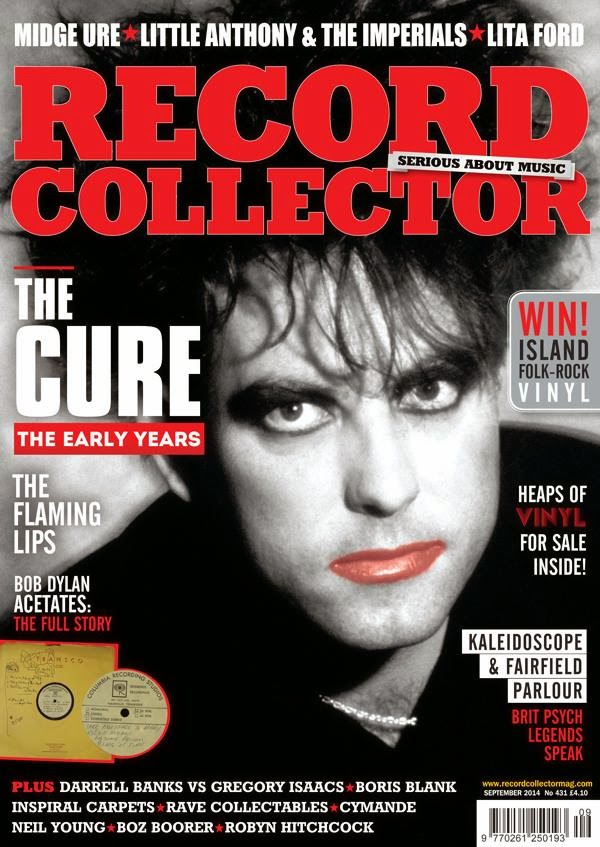 In Hear This, A.V. Club writers sing the praises of songs they know well—some inspired by a weekly theme and some not, but always songs worth hearing. This week, with Let’s Be Cops coming to theaters, we’re picking our favorite songs with “let’s” in the title.

By many accounts, the members of The Cure were in relatively terrible mental shape around 1982, which makes sense considering they sang about death and dying for three albums in a row (that’d be the classic platters of misery Seventeen Seconds, Faith, and Pornography). Robert Smith seemed fairly sure he didn’t even want to continue the band, so he figured it’d be fine to take a sharp turn, which took the form of the 1982 single “Let’s Go To Bed.” Smith called the song “stupid,” “rubbish,” and “a joke,” saying it was “everything I hated about music at the time.” It was, of course, a massive hit, and it led Smith down a poppy path that would produce some of his finest work in the ensuing years. Even by modern pop standards, “Let’s Go To Bed” doesn’t sound particularly pandering; sure, it has some “doo-doo”s and a friendly-enough keyboard sound, but it’s far from high gloss. (The biggest hits of 1982 were by Olivia Newton-John and Survivor, to provide some reference point.) No, “Let’s Go To Bed” seemed like something almost entirely new, a pop subgenre inspired by the dour goth from whence it came, but with an odd self-assurance. And as much as Smith liked to shit-talk the song at the time, it clearly inspired him to make more like it: “The Walk” and “The Lovecats” followed, complete with a raft of B-sides that signaled The Cure Version 3.0. (Version 1.0 was the differently poppy “Boys Don’t Cry” era.) And ultimately it led to The Cure’s finest hour, 1985’s The Head On The Door. (Thanks @TacchinoGigante)
Posted by Craig at 12:07 PM 0 comments

Under The Radar has an interview with Rachael & Neil of Slowdive, where the band once again mentions their love for The Cure:

"Rachel had a slight goth leaning that I certainly didn't share. I really hated all that stuff," Halstead says, laughing. "But then Nick kind of liked that stuff as well, and we all really liked The Cure."

"I used to love The Smiths—I still do—and The Cure," says Goswell. "Nick would probably say his bass playing was inspired in part by Simon Gallup and in part by Hooky [Peter Hook] from New Order. I think those two are bass guitar gods in his eyes. Neil was more indie, like The Primitives and Talulah Gosh and stuff, in the early days." (Thanks John)
Posted by Craig at 12:01 PM 0 comments

Village Voice is giving away a pair of VIP passes.

And another chance to win some at Riff You.

3 more chances to win passes from Aesthetic Magazine, Thirty Four Flavours & The Drake.
Posted by Craig at 10:05 AM 5 comments