Missed it or want to hear it again? Listen here.

📻 @RobertSmith - who's sitting in for @IggyPop from 7-9pm BST - discusses the common thread that binds together his 10-day @MeltdownFest line-up.

Listen live or catch up via the iPlayer Radio app for 30 days https://t.co/AUzCoj9k6D pic.twitter.com/mynnziUDRZ

Who would you book if you curated @meltdownfest?

We asked @RobertSmith about what the best thing about curating Meltdown is. Learn more about the festival with @BBClamacqshow live from the @southbankcentre from 4pm this Friday, followed by Robert Smith sitting in for @iggypop. pic.twitter.com/TKf228OcLE
— BBC Radio 6 Music (@BBC6Music) June 15, 2018

Here's a little clip from @RobertSmith's show that follows from 7-9pm BST, talking about the majesty of the @Manics who play at his Meltdown next week. pic.twitter.com/bRGvBH8g1k
— BBC Radio 6 Music (@BBC6Music) June 14, 2018

Wow! Robert Smith saw @DavidBowieReal perform Low in full at Meltdown. Who would you love to see perform one of their albums in full?

Some exciting news for fans of @thecure!

To celebrate the launch of @meltdownfest, Mr @RobertSmith sits in for @IggyPop and hosts 2 hours of his favourite music this Friday (June 15th) from 7-9pm. pic.twitter.com/9bWAIos3We
— BBC Radio 6 Music (@BBC6Music) June 9, 2018


Thought it might be useful, or at least interesting, to compile the full list of Meltdown events here. If I missed anything, please let me know. And to everyone going, whether to one event or all of them, have a fantastic time! It's an amazing lineup, and if I could be there, I'd be at every show possible. Excellent job of curating, Robert! Congratulations on such a superb event, and best wishes on everything running as smoothly as possible with the minimum amount of hassles. Cheers!

7:30 PM The Libertines and Yonaka⠀

Queen Elizabeth Hall
7:30 PM God is an Astronaut and Jambinai

7:30 PM Mental Health and the Music Industry
The music industry has seen a number of devastating losses of life in recent years, and ever-increasing numbers of musicians are speaking out in the media and in their songs about struggles with mental health.

Purcell Room
7:45 PM And Also the Trees and A Dead Forest Index

Queen Elizabeth Hall
7:30 PM Maybeshewill and I Like Trains

Anyone waiting for e-tickets for Meltdown:
'We identified a glitch in our system which meant that not all e-tickets were generated as expected. We’re in the process of rectifying the issue, They’ll come in a separate email from no-reply@southbankcentre.co.uk. Some email providers often move these to your spam/junk folders. If for whatever reason they don’t arrive by the day of the show please bring your confirmation email with you to the ticket office and we’ll happily print these onto physical tickets for you there." Thanks, @mattsmudge.
Posted by Craig at 11:51 AM

Last chances for a Meltdown

Last chances for a Meltdown Experience!

There are now just a few tickets left for Meltdown shows…

Saturday 16th June QEH
- experience the brilliance of THE NOTWIST

…TRUST ME - EVERY ONE OF THESE SHOWS IS GOING TO BE SO MUCH MORE THAN WONDERFUL!!!
And remember - tickets sometimes become available at the last minute - so if you really want to see a Meltdown artist not mentioned above - please keep trying… you never know!
SEE YOU THERE!
RSX 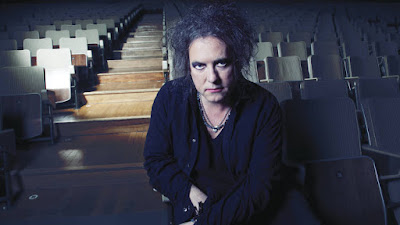 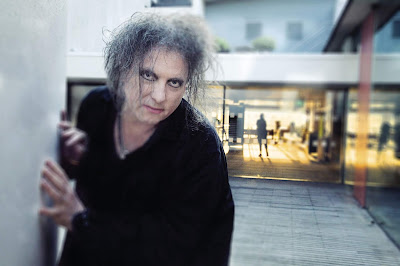 OMG! I shit you not. I just met Robert Smith my all time musical hero. I just can’t stop smiling. And he likes #jetstreampony!