Merry Christmas and the happiest of holidays to you all! 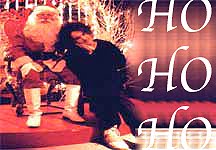 "I don't believe in religions. Instead, I believe in Father Christmas and fairies in the woods!" - Robert Smith 2012 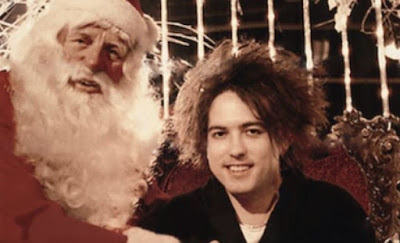 New version of 'A Few Hours After This'


Update: Here's a better quality upload. Thanks TCDB. And thanks to @weareglitter for the original audio upload. As always, if anyone needs it to be removed, just let me know and it will be gone in a flash.

You can watch the episode on BBC iPlayer and at Amazon (Season 4 Episode 2).

A new version of 'A Few Hours After This' played during tonight's episode of 'Luther'. Turns out 'Luther' creator Neal Cross is a huge Cure fan, and asked to use the song in the episode, and Robert recorded a new version for him.

Here's the story from The Daily Record:

"The return of Luther also gave Neil a teenage kick when his idol Robert Smith of The Cure provided a song for the soundtrack.

He said: “I have been an obsessive fan of The Cure since I was 13.

“After we had finished shooting the second episode of this special, I phoned the producer and said there is this really obscure Cure track – an extra track on a 12-inch single called A Few Hours After This – which I have always loved and think it would really go.

“Long story short, we contacted Robert Smith and he re-recorded the song. That was one of those moments where I wanted to hijack the Tardis and go back and see my teenage self and say, ‘One day…’" (Thanks @weareglitter)
Posted by Craig at 4:22 PM 38 comments