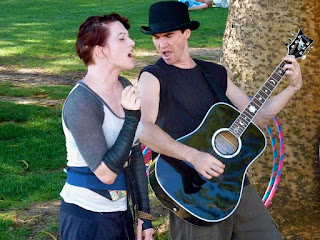 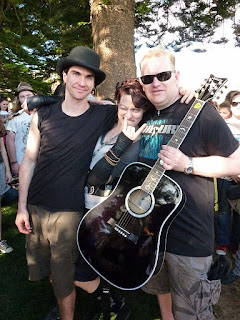 "The DRESDEN DOLLS did a 'ninja gig' in a park in Fremantle (Australia) this afternoon...Brian used my Robert Smith acoustic for the show :) They even played 'Inbetween Days'! (i have video!) he was really impressed with the RS-1000... I made him give it back though! That's me with them in the last pic :)" (Thanks Brad)
Posted by Craig at 2:42 PM 6 comments

History made: The Cure, Wellington

Article about The Cure in New Zealand 1981.
(Thanks Kate and Aaron)
Posted by Craig at 2:11 PM 3 comments

Scans of a new Cure article in issue #5 of Vive Le Rock magazine. (Thanks Perfect.Murder)
Posted by Craig at 2:03 PM 1 comments 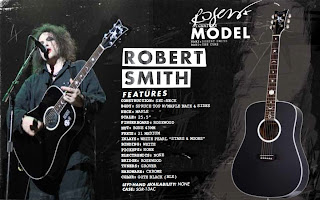 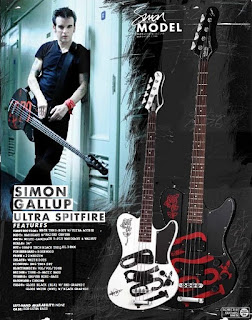 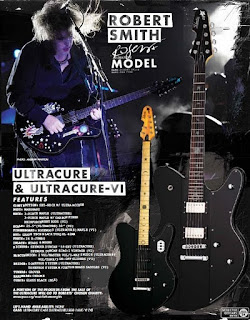 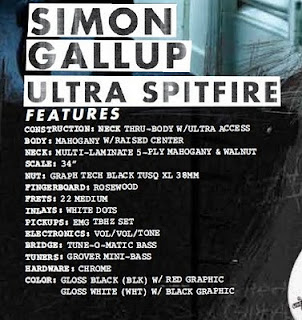 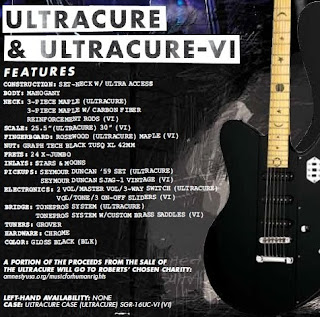 Schecter just posted their 2012 catalog. Here are the new Robert and Simon models.

Schecter just posted this on their Facebook page.
Posted by Craig at 4:31 PM 16 comments

It's one of those days where the rumors are flying all around. Here's a new one that would make a lot of fans happy IF it's true:
"a good friend of mine who i would class as a reliable source called me rather excited as he has been informed by a UK promoter The Cure will be playing the Reading/Leeds festivals in late August. Official announcements are not due until March but i guess 'watch this space' ". (Thanks John)

Again, keep an eye on the official site for any confirmations and official news on all of these rumored shows.

And just to be absolutely clear, as of today, The Cure have not announced/confirmed ANY shows for 2012.
Posted by Craig at 12:03 PM 13 comments

"It is rumored that the Cure will play The Pinkpop festival in The Netherlands in the weekend of 26-28 May. This morning radio 3FM dj Giel had a phone conversation with the organizer and he said that they have been on the shortlist for a couple of years. He confirmed that there have been negotiations before Christmas, but nothing definitive yet. The organizer memorized the epic 1986 Cure performance at The Pinkpop festival which helped ‘save’ the festival which experienced some bad years…..especially in 1985." (Thanks Peter)

"According to the website festileaks.com will the Cure play Pinkpop. Jan Smeets, the big Pinkpop boss, seems to spread the word, but he will not officially confirm it." (Thanks Anja)

Just another rumor at this time, and nothing confirmed or official. As always, until a show is listed at the official site, it isn't happening. But lets hope for some good news soon.
Posted by Craig at 11:24 AM 6 comments