Songs played: Before they were let in - Lullaby, Just Like Heaven, Catch, Shake Dog Shake. After they went in - Doing the Unstuck, Freakshow, Sinking, The Baby Screams, Before Three, Close to Me, Fascination Street, A Forest.

Seems like they got to watch about 45 minutes, then met the band, took photos with them, and got autographs. Very nice!

THANK YOU! to Leslie, Kariana, and Justin for the updates & photos tonight! Really didn't think we'd get any.

And THANK YOU to Jill for sending her report and photos, too!

That was one of the greatest moments of my radio career: watching THE CURE play songs in a warehouse @LIVE105 pic.twitter.com/FXbbKMwRgn
— aaron axelsen (@AaronAxelsen) May 30, 2014 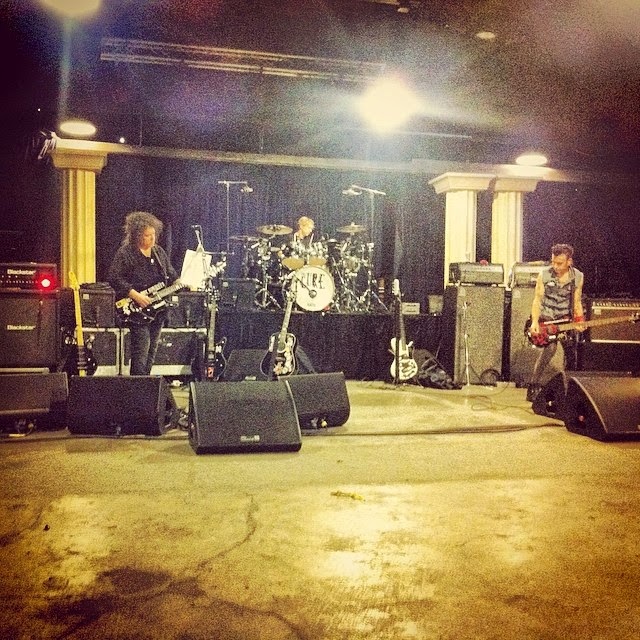 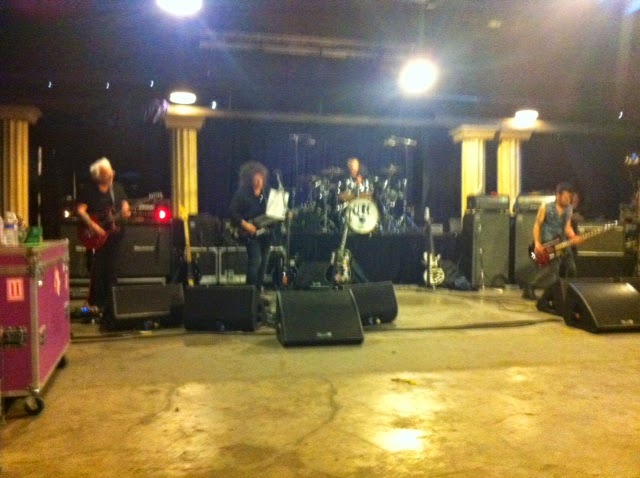 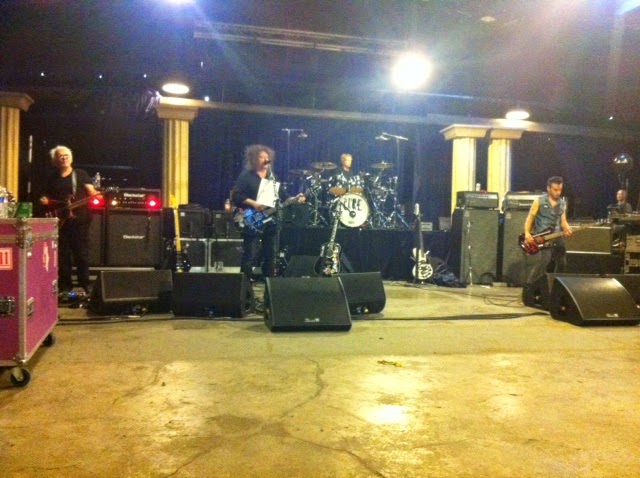 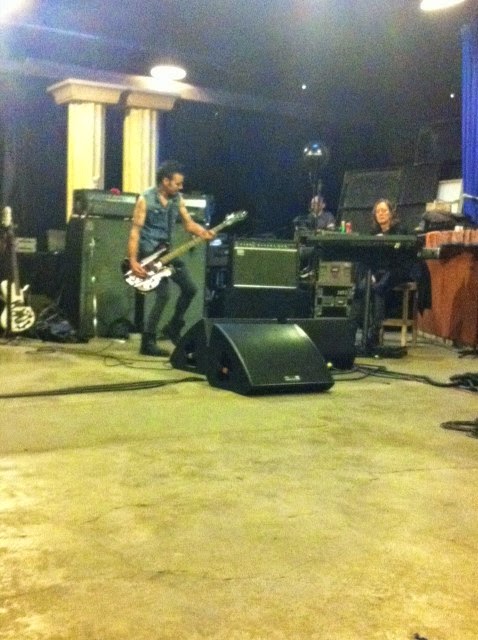 Photos from Kariana & Leslie. Thank you! 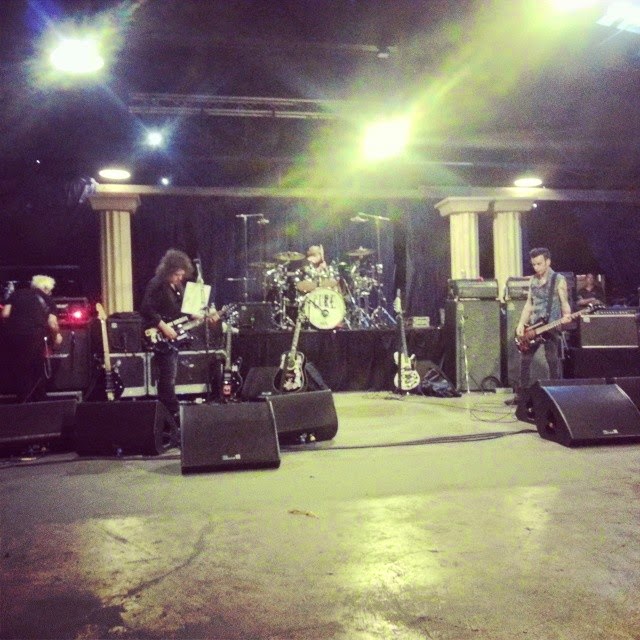 From jmoranabel on Instagram: "That time I saw The Cure with 12 other people. Holy shit. Thank you live105" 2 more shots here & here.

Thanks to Leslie and her niece Kariana, we have reports!

8:55 PM - "I just spoke with them and they are out. They met the band and had pictures taken. They said they will post more pics from their other camera and that they will post the details on the blog."

7:22 PM (Pacific) - "They are there now! Waiting outside and you can hear them playing "Lullaby" inside the venue."

A long shot, but if any of you reading this are attending tonight's rehearsal, please let us know your thoughts when you get out.

While it's doubtful they'll report anything, you can listen to Live 105 here.

And again, please don't post the location of the event. Thanks, and have a great time if you're going!
Posted by Craig at 12:25 AM