Jill's report from the BottleRock rehearsal 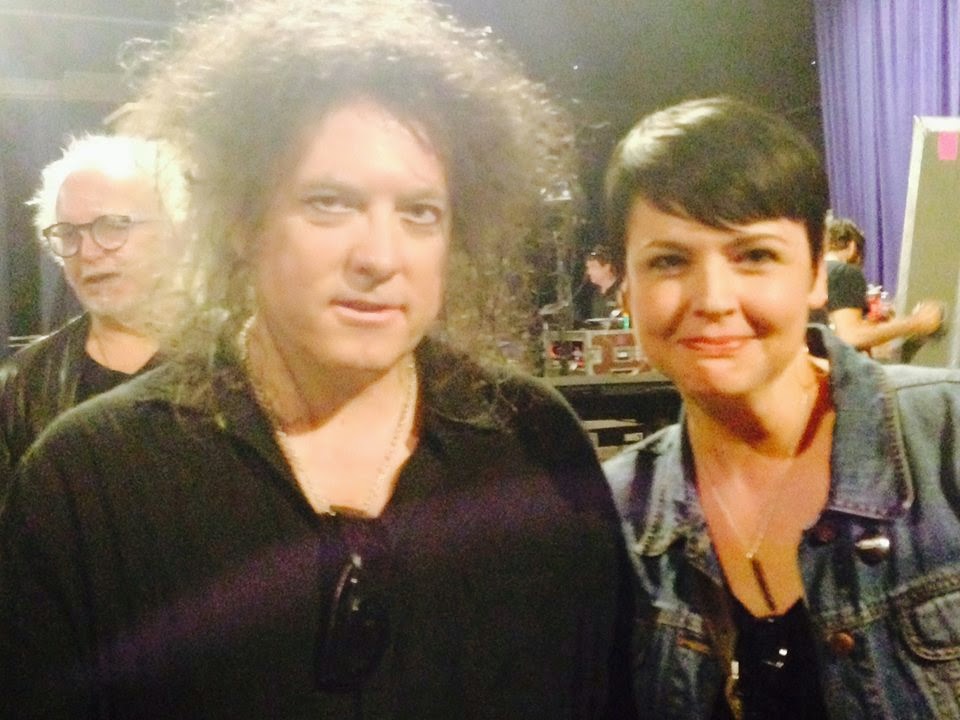 As previously posted here, The Cure held a rehearsal for their BottleRock set on Thursday night, May 29th at Soundwave Studios in Oakland, CA. Jill was another of the lucky Live 105 winners and here's her report & photos from the show.

"Can mirror what other lucky winners said...heard Lullaby, Just Like Heaven as well as Catch and Shake Dog Shake before getting let into the studio.

Set list as I remember it (order might not be perfect--I did my best...I was a little beside myself):

Doing the Unstuck, Freakshow, Sinking, The Baby Screams, Before Three, Close to Me, Fascination Street, A Forest.

After checking in with their sound guy and the band, Robert asked if there was something else we wanted to hear...my only regret was that 'Underneath The Stars' was on the tip of my tongue, but I couldn't manage to say it out loud.

Everyone was allowed to bring items to be signed, and the entire band signed everything. I was able to talk to Robert for a couple of minutes... he was very charming (shocking, I know). I wish I'd had the presence to ask about 4:14 Scream, but I was trying so hard to remain upright and not seem foolish- I remember him asking what we had to do to win this contest- and him wrinkling his nose at "enter, and get really f*ing lucky". It was SO random, but please know- 80% of the people there were huge, long time fans.

Hit me up with any questions!

Link to photos here. Sorry for the quality, we were only allowed to use iPhones...

Included photos of items I was able to get signed by the Band...Craig...thought you'd appreciate the album!"

Thanks, Jill! I love it! :) And thank you for the report.

If you have any questions, ask Jill in the comments.
Posted by Craig at 1:38 AM