And now Tim adds fuel to the fire...


As with Lol, and in fairness to Tim, he didn't say this was Cure related. He also has other projects he's working on. But you can't blame any of us for thinking what we're all thinking. :)

Being the kind-hearted person I am, I can confirm one of my upcoming projects next year is with The Cure with whom I have worked since 1981. This will be with the full participation of Robert. Updates when I can, but suffice to say it will be a 40th anniversary project.
— Tim Pope (@timpopedirector) December 1, 2017

Oh, just to add, all guesses so far are wrong, to put the proverbial ‘Lovecat’ in amongst the pigeons. Me lips are sealed further at this point. Watch this space.
— Tim Pope (@timpopedirector) December 1, 2017


No one has guessed it until now...From executive producer Roger O'Donnell, a story 40 years in the making, Tim Pope's 'Crawley was Ours', the story of The Cure! :)

Note: The above was a joke! Based on Roger being the executive producer of 'England is Mine'. I thought that went without explaining, but apparently not. Only a joke guess, not at all true!
Posted by Craig at 4:57 AM

So, just to make it clear when I said some wild ideas are happening next year I was referring to my own projects. I’m sorry if I helped sow any confusion it was not my intention.As to 40th-anniversary stuff? It would be nice but so far Robert and I have not talked about that. 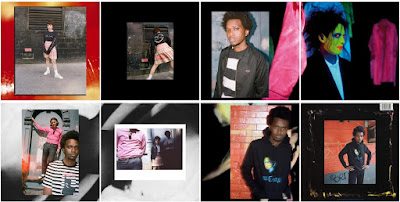 Robert Smith responds to fans about death, dreams & his tombstone in ‘The Cure News’


"Cure vocalist Robert Smith was 28 when he started answering questions from his fans in the band’s series of newsletters The Cure News which published its first issue in 1987. During its run, Smith replied to hand-written inquiries sent in about his mythical hair and his aversion to flying—all while slyly avoiding answering a request for his home address. In later newsletters, Smith lets loose on The Smiths/Morrissey and rarely avoids answering intimate questions from fans which run the gamut from amusing to stalker-level weirdness. The vintage Q&As also chronicle Smith’s commentary as it relates to his relationship with his childhood pal, Cure drummer and keyboardist Lol Tolhurst until Lol’s departure from The Cure in 1989.

I combed through every newsletter put out between 1987 to 1991 in search of Smith’s most quotable-quotes—which, I must say, was a shit-ton of fun. I’ve posted loads of Smith’s answers to his fans queries below in the order of their chronological appearance in the various newsletters. I’ve left his answers just as he wrote them, without capitalization and British spellings which in some cases makes them all the more endearing. So without further delay, here’s Robert Smith being very Robert Smith-y while he responds to his fans."

Read the rest at Dangerous Minds.
Posted by Craig at 6:35 AM

Josh Cheon from Dark Entries on The Cure

Label of the month: Dark Entries

"But if luck is the intersection of preparation and opportunity, Cheon's been laying groundwork for such discoveries his whole life. In the backroom at RS94109, we speak about his undying love for the dark, romantic '80s music that forms the backbone of his label's aesthetic.

"I didn't have the happiest teenage years," he says. "I was overweight, I was made fun of, I was gay and in the closet. I had girlfriends that were into goth music music and The Cure—I think hearing that when I was 15—it's angsty, it's sad, it's emotive, and I was all of these things. If you hear Robert Smith singing about Disintegration or Pornography and how it doesn't matter if we all die, it's like, 'This like a rallying call for what's going on inside my head.'"
Posted by Craig at 6:30 AM

Free screenings of 'England is Mine'


Siouxsie and The Banshees were one of the first post-punk bands to make it big, forming in 1976, already releasing their second album Join Hands in September of 1979.

During the tour for said album however, the Banshees’ guitarist John McKay and drummer Kenny Morris (both now referred to as The Blackheads) quit the group, leaving founders Siouxsie Sioux and Steven Severin scrambling to find replacements for the tour.

Slits percussionist Peter Edward Clarke aka Budgie was recruited on drums, becoming a permanent member of the band—but Severin and Sioux still had a hard time enlisting a guitarist.

Robert Smith of The Cure decided to offer his services as his group were already the support band on tour in support of Join Hands.

Robert Smith was recruited a second time into Wonderland to join his hand on guitar as a Banshee, now becoming a full time member, as Smith was still recovering from the emotional anguish of The Cure album “Pornography” (which led to Simon Gallup leaving The Cure, a major reason for the band’s hiatus).

Read the rest at Post-Punk.com.
Posted by Craig at 3:25 PM

A Very New Wave Christmas is back!

A Very New Wave Christmas set 1 & 2 ornaments by @mattlineham are on sale now. A limited # of individual ornaments also available, including the Robert Smith one from last year. https://t.co/WmYyXIQRf6 pic.twitter.com/wfxfBT304F

My cosy chat with Adam Buxton published today. Admittedly, I talk fast. VERY FAST. But, hey, you get double the information in half the time. Anyway, we discuss L.S.D., Neil Young, David Bowie, and a few other things. Enjoy! https://t.co/yS8O5klbN2

The Cure or The Smiths?

Let's settle this once and for all: The Smiths or The Cure?

Muzikalia ran a story today about possible plans to celebrate The Cure's 40th anniversary in 2018. Just your usual speculation that we all do at the end/start of the year, but what caught my eye was a tweet from Lol. Seems like some "wild ideas" really ARE happening in 2018.


Update (Nov. 26th, 2017): I know we've all had fun speculating on these posts from Reeves and Lol, but please keep in mind that they both have their own projects, and not everything is Cure related. Lol could be speaking about his 2nd book, his graphic novel that he's working on with Pearl, his Cured movie adaptation, or that studio project he was working on with Pearl. It could be anything.

Also, there's this problem of Lol & Robert not having had any contact in quite some time. From a recent Metro interview:

"What was Robert Smith's reaction?

I gave him the first copy of the book about six months before its release. He was on tour, very busy, and we have not had any contact since. But I'm sure I would have known if he did not like it."

So just don't get your hopes up too high. Even if there ARE major Cure plans in the works, we know how quickly they can change.

And one more thing, we all know how much Robert loathes social media/"The fucking internet", and the leaking of any info before he posts it himself, so would Lol & Reeves really post these things if they're Cure related?


Update (Nov. 26th, 2017): So what is Reeves really up to? From a Facebook post on Nov. 23rd - "I'm using this fantastic space for my various writing, recording, editing, mixing projects..."

That would seem to put to rest the speculation that Reeves was in England recording with the band. But it doesn't mean that he isn't working on demos or other Cure things.
Posted by Craig at 2:28 PM