Glacial, monumental and devastatingly simple, Faith, the third album by the Cure, is the spirit of ’76 slowed to a crawl, infused with Satie-like spaces, and re-imagined as a sad opium dreamscape. It is one of the greatest accomplishments of post-punk, and April 14 marks the 35th anniversary of its release.

For the most part, the first flowering of British punk was a sunless and airless brick, condensed for maximum effect; it needed to be that way so it could crash through the sugar-glass of the post-Sunshine Superman ’70s. “Attention must be paid!” said the punks, as martial/Marshall guitars defined a clean break from the field hippies, lovers of FM filigree, the flute and lute players stinking of patchouli and hash, and all those wearing hip-hugging bell bottoms stained at the bottom by two inches of earthy slime.

But around 1979, artists began to use air and space to fracture the solid wall of the punk palette. Compact sheets of rhythm guitar were supplanted by airy arpeggios, weighted silence, glassy sparks and gasps of atmospheric synth; anxious rhythms and thudding toms were exchanged for simple snares, front-mixed kick drums and atmospheric splashes of cymbals; and the hectoring announcements of punk were replaced by plaintive, emotive, even muezzin-like vocals.

The first shot of this cool war was fired by Public Image Ltd. on their debut album, First Issue, released in December of 1978; retaining punk’s energy, simplicity and attitude, it inserted breathing room, an unhinged and almost viscerally emotive creativity, and a touch of art-frosted hashy wheeze into the punk template.

35 Years Ago: The Cure Go for Goth Glory With Their Third Album, ‘Faith’

If 1982’s Pornography was the peak of the Cure’s goth period, then its predecessor, Faith, was the gloriously gloomy mist near the peak that you have to pass to reach the top. Even the album cover is an image of an old, fog-enshrouded English estate and each of the eight songs are similarly swathed in an expertly textured haze.

Of course, the Cure emerged in 1976 at the heart of the post-punk era, delivering concise, angular and relatively speedy cuts like “Boys Don’t Cry” and “Jumping Someone Else’s Train” that matched Robert Smith’s anomie with classic pop hooks. But by their second album, 1980’s Seventeen Seconds, the Cure began crafting music to match the moodiness of their lyrics.

Though their first few albums never gained much mainstream traction even in their native England, the Cure quickly achieved cult status. The suicide of Joy Division frontman Ian Curtis (England’s post-punk/proto-goth icon) was only a few months in the past when Smith, bassist Simon Gallup and drummer Lol Tolhurst gathered to record their third album. In fact, Smith often dedicated early live versions of “Primary” (the only single from Faith) to Curtis. And when the Cure solidified their own standing as masters of modernist melancholy by following up the rather gothy Seventeen Seconds with something even more atmospheric and angst-riddled. It was like sending out a signal to all those Lost Boys and Girls that stage-whispered, “Commiserate with us.”

Even though they may not have been striving for it (and either despite or because of their relative lack of commercial success to that point), the Cure were becoming new poster boys for legions of disaffected, anorak-wearing British youth. And speaking of youth, it ought to be remembered that Smith was just 21 years old when the Cure recorded Faith, and the 1981 album is a compellingly murky account of his desperate search to find his place in the world.


Nine years since their last New Zealand appearance, THE CURE will make a very welcome return to Auckland this July for one special show.
Renowned for their sublime two-hour-plus performances, The Cure will play one night only at Vector Arena on Thursday July 21, marking the band’s first NZ date since August 2007. 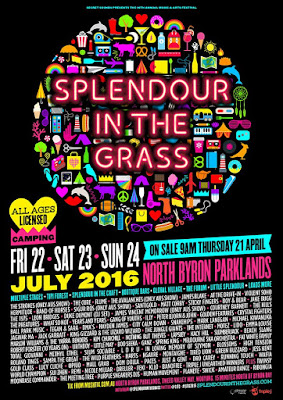 The Cure will be headlining Splendour in the Grass in Australia on Saturday July 23rd, 2016. Tickets on sale April 21st at 9am.

Official site updated and adds "OTHER AUSTRALIAN DATES WILL BE ANNOUNCED VERY SOON..."