I will be a part of a discussion at Google in San Francisco on Monday afternoon with Phillip Glass. We are talking about...
Posted by Roger O'Donnell on Friday, April 8, 2016

Watch it here. Show is over. I'll post the link to the archived video when it gets uploaded.

Cure asked to play The Bataclan in Paris

"This rumor has been all over the French media today. The following is a rough translation from this article by French national newspaper Le Monde:

Set for November 14 2016, almost one year to the day after the attacks that have devastated Paris on November 13 2015, the reopening of the Bataclan concert hall could be inaugurated with a concert by British band The Cure. If the group led by singer and guitarist Robert Smith has not given a definitive answer, a proposal was made by his French booking agency, Alias, also co-manager of the Bataclan, as confirmed by its co-founder Jules Frutos.

The probability of this concert is reinforced by the fact that the legendary new wave band will be at the same time on tour in France, with a concert on November 15 at the AccorHotels Arena (former Bercy) in Paris before dates in Lyon, 17, and Montpellier, 18. If the size of their new production (32 employees on the road and several trucks of equipment for three and half hour long concerts) hardly seems compatible with the boulevard Voltaire venue, the Englishmen should be able to adapt for this inauguration. The authors of Boys Do not Cry indeed would share the bill with two other yet unspecified bands or singers.

After all, have the Cure not given their first French concert at the Bataclan on December 17 1979 at the instigation - already – of Jules Frutos, a few months after the release of their first album, Three Imaginary Boys, before coming back on November 6, 1996? The group's presence should be confirmed (or refuted) this week. In case of refusal on their part, the opening date could be moved to November 15." (Thanks Yanic)

But this article from Le Pointe says yes, they've been asked to play, but it isn't for the reopening show:

"The cure have been contacted to play at the Bataclan, but not for the show celebrating the reopening of the venue" says Jerome Langlet, boss of Lagardere Unlimited Live Entertainment, owner of the venue. "The cure have been approached, like many other bands, to play at the Bataclan" he said, confirming an information from Le Monde, "but it's not for the reopening, that has not been defined yet." (Thanks Sylvain)


And now more stories are saying the early reports were wrong. The Cure have been asked to play at the venue, but not for the reopening show. Whatever the offer actually is, reports say they are expecting the band to accept or decline it soon. Possibly this week.

Update (April 21st, 2016): Billboard seems to think that The Cure might play in October, according to "insiders".

"Six months after the Bataclan was attacked by terrorists, the Paris club is rebuilding and refocusing and looking for a new foundation -- maybe with the help of The Cure. But with extremism still rampant in Europe, will American acts come back?

The live music industry in France is still coming to terms with a new world order six months after the terrorist attack at Paris venue the Bataclan, where, on Nov. 13, 2015, Eagles of Death Metal were ­performing when gunmen stormed the venue, ­killing 89. But the club is ­preparing to open its doors -- perhaps, ­according to insiders, in October with The Cure ­headlining. (A rep for the band, whose first gig in France was at the Bataclan in December 1979, didn't respond to Billboard's request for comment.)"
Posted by Craig at 3:05 PM 12 comments 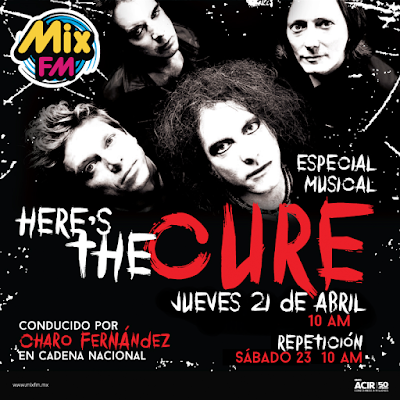 Cure radio special on MIX 106.5 FM in Mexico at 10 am. (Thanks Marina at thecurecomunidadargentina)

Not an event, but a nice article about Robert's birthday, and The Cure in general. (Thanks Jorge)
Posted by Craig at 9:15 AM 4 comments

Some new tickets, including floor, are available for the New Orleans show on May 10th.

And some tickets, including floor, now available for the previously "sold out" New Orleans show on May 11th.
Posted by Craig at 7:37 PM 0 comments

From Deadline: "Nostalgic trips into musical history run a very high risk of rotting the audience’s teeth out. However, seeing John Carney’s name attached to Sing Street should be taken as a very, very good sign indeed. No one makes movies about how music is made with the energy, intimacy and authenticity of John Carney (Craig Brewer’s Hustle & Flow being a notable exception), and the Once director’s latest, a coming of age tale inspired by his own upbringing and set in 1980s Dublin, is playing playing Sundance 2016. As such, a U.S. trailer has been released, and you can watch it here.

Sing Street follows Conor (Ferdia Walsh-Peelo), a 14-year old boy in 1980s Dublin transferred to an inner city public school when his parents’ financial problems mean they can no longer afford to pay his private school tuition. When meets the beautiful and very cool Raphina (Lucy Boynton), he hastily invites her to star in his band’s music video in an attempt to woo her. The fact that he doesn’t actually have a band means he has to hastily form one with his friends, and so Conor immerses himself in the music of the era as he attempts to win the girl. As you can see from the trailer, the film is a deep dive into the pop music of the era, featuring songs by A-Ha, Duran Duran, Hall & Oates, The Cure, The Clash, Spandau Ballet, and The Jam, among others.

Update (01/29/16): From MTV -  "The evolution of the music in “Sing Street” is one of the best elements of this delightful film. Connor’s older brother Brendan (Jack Reynor) becomes his musical guru of sorts, lending hims records and giving him tips on how to impress Raphina. As Connor learns more about Duran Duran, The Cure, ABC and other bands from Brendan, he shifts his musical styles and looks. For example, when Connor discovers the happy-sad music of The Cure, he comes to school the next morning in eyeshadow and eyeliner. It’s a wonderful ode to ’80s music and style. And whenever anyone asks him what kind of music he plays, he says he’s a futurist — always looking forward, not back."

The article mentions 'Just Like Heaven', but also says the film is set in 1985, so hopefully, JLH (from 1987) isn't the Cure song used in the film. (Thanks Perfect.Murder)

And there's a nice interview and feature at Consequence of Sound today: "Whereas your brother is there to try and make you happy and hope that you’ll just be happy in life and doesn’t care if you’re gay or straight or transgender, or if you’re into the Cure, or if you want to become a banker or a road sweeper. Your siblings don’t care; they just want to see you happy. Your parents want to see you happy, but they also want to see you rich and doing well."

From Kate: "I just attended a screening of Sing Street. It was a great film! The music is fantastic, and the Cure referenceS (yes, there is more than one) are light-hearted yet respectful. Highly recommend. "
Posted by Craig at 3:27 PM 6 comments

Splendour in the Grass on sale today

Splendour in the Grass
North Byron Parklands, Australia
The Cure headline on Saturday July 23rd, 2016
On sale April 21st at 9 am AEST
Ticket prices: Single day - $159 / 3 day - $375
Ticket link
Update: Sold out! They suggest you get on the wait list for tickets.

And if you don't want to go to a festival show, remember that other Australian dates will be announced soon.
Posted by Craig at 1:20 PM 1 comments 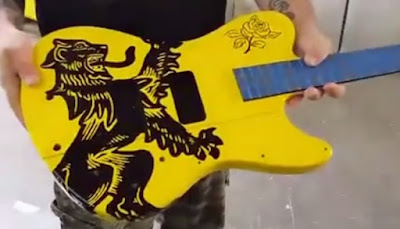 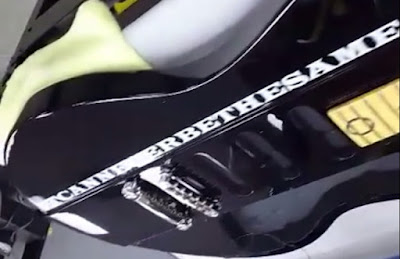 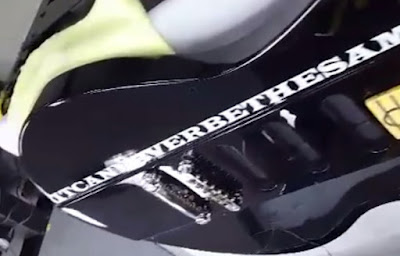 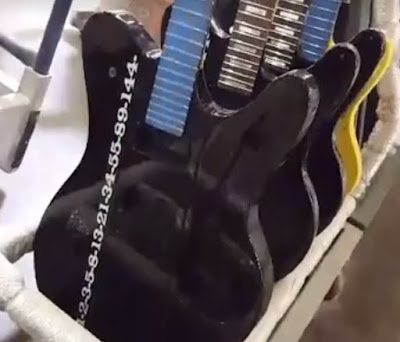 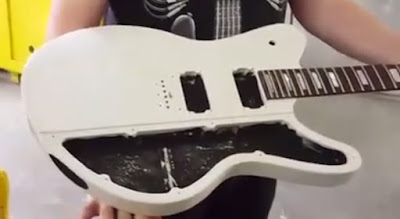 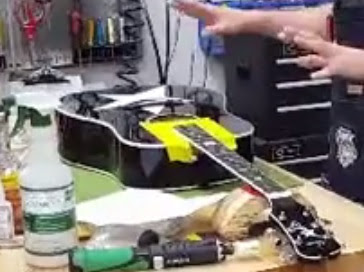 Schecter Guitars has a Facebook video preview of some of the new guitars the band will be taking out on the tour.
Posted by Craig at 2:10 PM 45 comments