I doubt Robert will be pleased with this. He's repeatedly voiced his dislike of "Spacebook". So, no, I seriously doubt he approved this. Someone remind me again, do artists get any say when ads use cover versions of their songs? (Thanks Darren)
Posted by Craig at 11:48 AM 12 comments

Great interview with Reeves over at Guitar Moderne. A few of the Cure bits (there's lots more, especially for those interested in all of the gear he's using, so go read it):

"When I joined The Cure, Robert [Smith] knew what he was in for: there was some apprehension that I was going to ruin it. We kept it quiet and didn’t announce it through the first show I did with them. I came in as a guest for the summer of 2012, and then they asked me to join the band after the first seven shows. Their fan base is so huge—their Facebook page has 6.7 million members. There was a chat going on at an unofficial website where I got an 87% approval rating.

I really wanted to do that stuff right. I am not the best parts player, but half the night I have to play what’s on the record—and you can’t play a blues lick if you fuck up, you are either right or wrong. So half the set is playing the correct parts with the right sound, but trying to keep it fresh and let it evolve somehow. About a quarter of the set, is knowing what the chords are, but having room to use different textures from night to night. The last quarter I get to play whatever I want."

"When I started with The Cure, I just brought a bunch of pedals over. I had ten days to learn fifty songs, put a pedal board together and find the sounds. There were two brand new 100-watt Hiwatts and a 120-watt Orange in their storage space, so I ran those through 4x12s, all clean—I did everything with the pedalboard. I used a Blackstone Appliances distortion. For the first time I was getting all my gain through pedals.

We use wedges for monitors and I use Etymotic ER-20 earplugs. I had in-ears through the late ’90s early 2000s but I came into The Cure at the last minute and didn’t want to have to mess with them. Plus I like it because I can move around to adjust my mix. The earplugs cut about 18db, enough to get me through eight-hour rehearsals. The Cure is a hard-working band. We have about 97 active songs. When you do four-hour sets you are going to run through 40 songs. There are some songs that are 15 minutes long but some are two and a half minutes."

And  a new project with Jason:

"I just started a thing called High Hat with Gary Husband on keyboards, Jason Cooper from the Cure on drums, Tony Grey on bass, and a trumpet player named Ian Smith, who has the Miles thing and also sounds like he is playing through a ring modulator—but does it with his lip. Right now we are just improvising for four or five hours at a time trying to get the internal vocabulary developed. We might take it out with songs or just keep it improv. I have done things like this with Club D’Elf in Boston and it might be the territory I am most comfortable in, even though I am kind of a rockist at heart."
Posted by Craig at 9:02 AM 0 comments 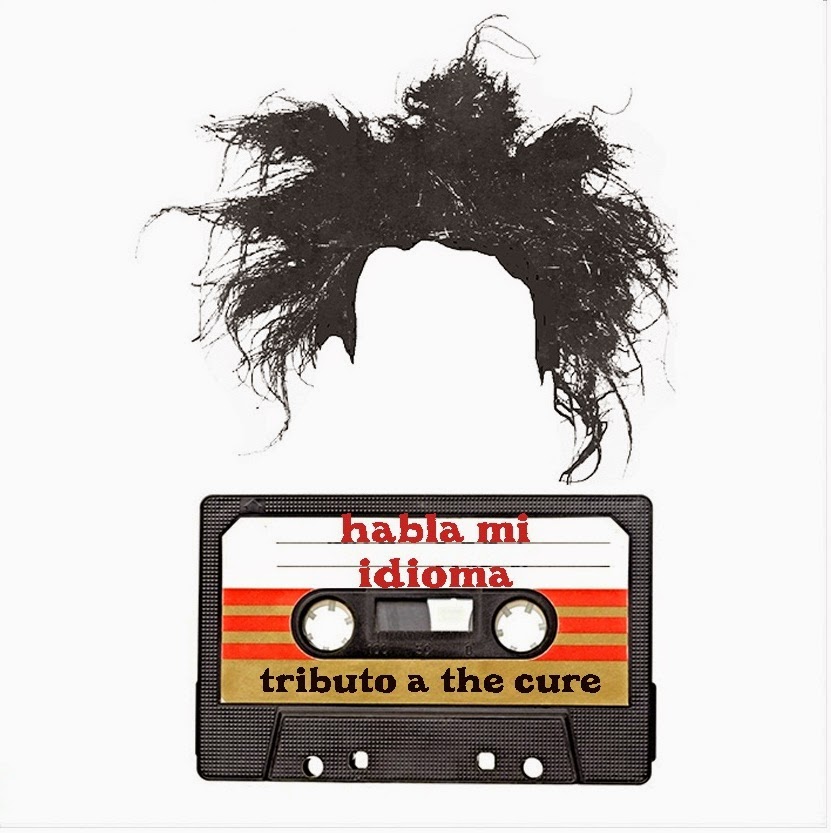 This is a new tribute bands compilation from Argentina, available for  free download via Bandcamp:
17 tracks from Argentinean bands.

This is a preview on Youtube. This tribute was made from followers of this Facebook fan page."
(Thanks Marina)
Posted by Craig at 8:52 AM 3 comments