Robert is the #1 "Goth Icon" according to this list created by Watch Mojo. (Thanks @anduyuns)
Posted by Craig at 2:31 PM 14 comments

The Guitar Work of Robert Smith

"Robert Smith may be the most underrated rock guitarist of all time. While he was never one to shred with the same flash as some of his '80s contemporaries, his influence over droves of players and sub-genres should earn him a more revered spot in the guitar gods pantheon.

The Cure still fill stadiums with a surprisingly diverse community of adoring fans. Bands like Dinosaur Jr and the Smashing Pumpkins have recorded loving covers of Cure songs. If the recent cavalcade of boutique chorus and modulation pedals is any indication, Smith's influence as a tonal architect is alive and well.

So why is the ink devoted to his guitar craft comparatively limited?"

Read the rest at Reverb. (Thanks Matt)
Posted by Craig at 12:12 PM 9 comments 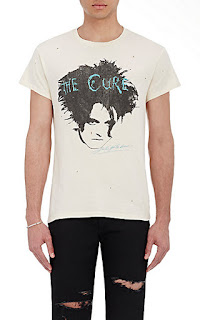 For a mere $175, you too can buy a designer "Distressed The Cure T-Shirt" from Barney's. We truly are living in the most blessed and special of days.

Nothing says punk like two-hundred-plus dollar luxury t-shirts, right? If you answered “yes,” you’ll be happy to learn that Barney’s is selling a Black Flag t-shirt for $265! It looks pretty much like all those other Black Flag shirts you see people wearing all the time, it just costs two hundred forty five more dollars! And that’s not all. You can also get that Joy Division shirt with the Unknown Pleasures artwork that definitely is hard to come by, for $225.

These of course are all a bargain though compared to the $560 “army-skull” Givenchy t-shirt that reminds us of many a metal band design, most notably S.O.D.

But even that is a bargain when you realize there is a Snoop Dogg t-shirt that will cost you over $900!

This is of course not the first time we’ve seen pricey stores selling pricey designer concert t-shirts, but it never ceases to amaze.
Posted by Craig at 11:56 AM 30 comments

MTV is launching MTV Classic (replacing VH1 Classic) on Aug. 1st, bringing back a bunch of their old shows and actually playing videos again. Launch day will include a bunch of Unplugged episodes, with The Cure Unplugged airing at 6:30 PM eastern / 5:30 PM central.

"In its first European recording of "MTV Unplugged," the highly-acclaimed acoustic music series presents an acoustic performance of one of Britain's premier alternative rock bands: The Cure. This performance was shot in a small, intimate studio in London, band members Robert Smith (vocals/guitar), Porl Thompson (guitar), Simon Gallup (bass), Boris Williams (drums) and Perry Bamonte (keyboard) perform acoustic renditions of hit songs past and present. Song selections include "Let's Go To Bed," "Just Like Heaven," "Caterpillar," "The Blood," "Boys Don't Cry" and "The Walk." This marks the first episode of the series to be simulcast on the Westwood One Radio Networks. "
Posted by Craig at 2:55 PM 45 comments


"The new German movie "Toni Erdmann" which played at Cannes this year featured "Plainsong" in full during the end credits." (Thanks Martin)
Posted by Craig at 2:55 PM 10 comments

The Cure In Other Voices 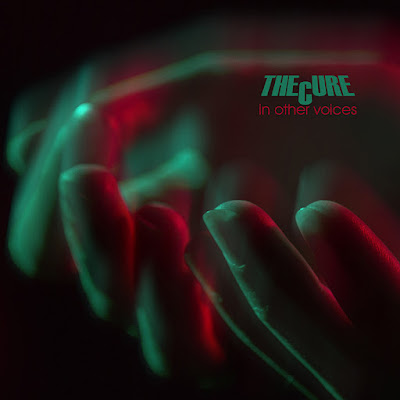 In Between Haze: Download a 32-track Cure cover compilation from The Blog That Celebrates Itself

Like many of us, Renato Malizia recalls the first time he heard The Cure.

“Back in 1987, more precisely on 31 March, I had exactly 13 years old, and my father took me to one of the most important experiences of my life, a concert by The Cure,” writes Malizia of Latin shoegaze website The Blog That Celebrates Itself. “Exciting, fascinating and many other adjectives I could use to define what I felt that day, images remains in my memory and will never be erased.”

Nearly 30 years later, The Blog That Celebrates Itself has released a free, downloadable 32-track tribute to Robert Smith and the boys, titled The Cure In Other Voices. Stream it and DL it below via the site’s Bandcamp. The band come from all around the world, Malizia writes, “who, like me, have their personal stories of love with one of the greatest bands of all time.”

This new comp follows a pretty aggressive tribute schedule The Blog That Celebrates Itself, which in recent weeks has released cover albums in the name of Fugazi and Galaxie 500, and over the past several months has unveiled similarly themed compilations honoring New Order, Echo & the Bunnymen, and Chapterhouse.

As expected, each band supplies their own sound and vision to a Cure classic. Among out faves are Blankenberge’s shoegazing opener of “Pictures Of You”, Scene Noir’s synthy, minimal “In Between Days”, and Echodrone’s dream-pop rendition of “All Cats Are Grey”.
Posted by Craig at 2:19 PM 8 comments 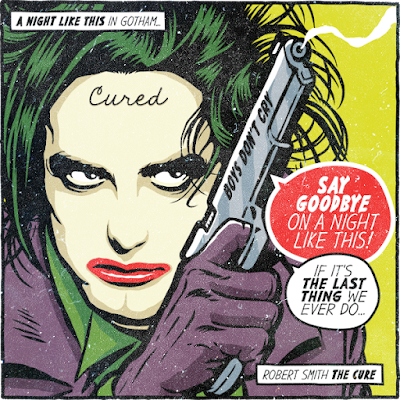 Butcher Billy is back with a new Post-Punk Supervillains series
(Thanks @seruca_vault)
Posted by Craig at 9:38 AM 1 comments