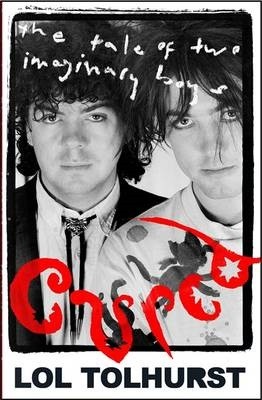 Update (May 26th, 2016): Waterstones in the UK have signed copies of Lol's book up for pre-ordering. (Thanks Colm) 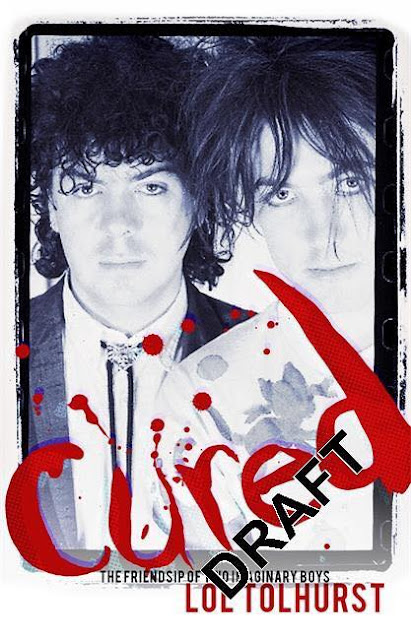 Update (April 2nd, 2016): Here's an early draft version (yes, there's a misspelling) of the UK cover for the book. Looks like it's being published by Quercus.
(Thanks Cure Press Cuttings & Ben)


Amazon has a listing for Cured: Memoir of Two Imaginary Boys by Lol Tolhurst, with a release date of Oct. 11th, 2016. Don't know if this is confirmed yet, as there's been no mention of it from Lol. (Thanks Marina at thecurecomunidadargentina)

Update: Just heard from Lol, he confirms that it's true!

Coming of age in Thatcher's Britain in the late 70s and early 80s was really tough, especially if you lived in Crawley. But against the grinding austerity, social unrest and suburban boredom, the spark of rebellion that was punk set alight three young men who would become one of the most revered and successful bands of their generation. The Cure.

Cured is a memoir by Lol Tolhurst, one of the founding imaginary boys, who met Robert Smith when they were six. Lol threads the genesis of The Cure through his schoolboy years with Smith, the iconic leader of the group, and the band's most successful era in the 1980s. He takes us up to the present day, a riveting forty years since the band's inception.

The band's journey to worldwide success is woven into a story not only of great highs and lows but also of love, friendship, pain, forgiveness and, ultimately, redemption on a beach in Hawaii.

Cured highlights those parts of the creative journey that are not normally revealed to fans, incorporating many first-hand recollections around Lol's personal odyssey. From suburban London to the Mojave desert, Cured brings an acute eye for the times to bear on a lifelong friendship, with tales of addiction and despair along the way.

Cured is the story of a timeless band and a life truly lived.

(Thanks @MarszalekMartin)
Posted by Craig at 9:05 AM