Jason in the April issue of Rhythm magazine

"The Cure's Jason Cooper talks about his 20 years with one of alternative rock's most influential bands."

You can pick up a copy in UK stores or order worldwide here. (Thanks Aaron)

In the interview, Jason says his favorite Cure songs to play live are 'Faith' and 'Same Deep Water As You'. I knew there was a reason I liked him. :) Now if Robert would just let him play them more often. Can't post the whole thing, but here are a few excerpts: 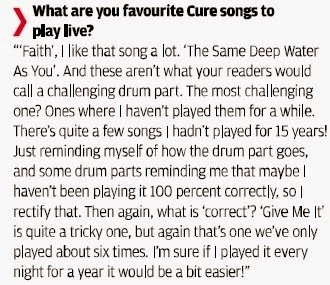 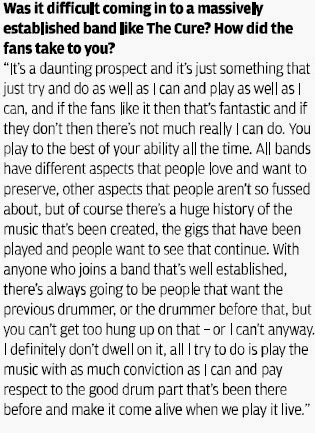 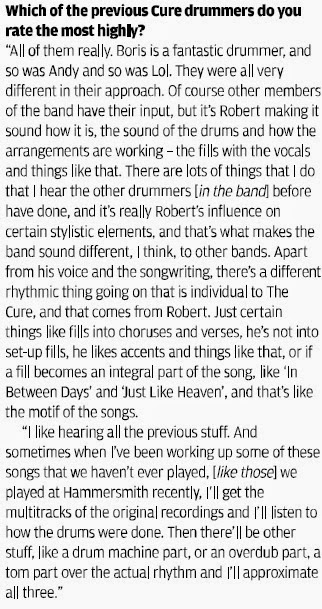 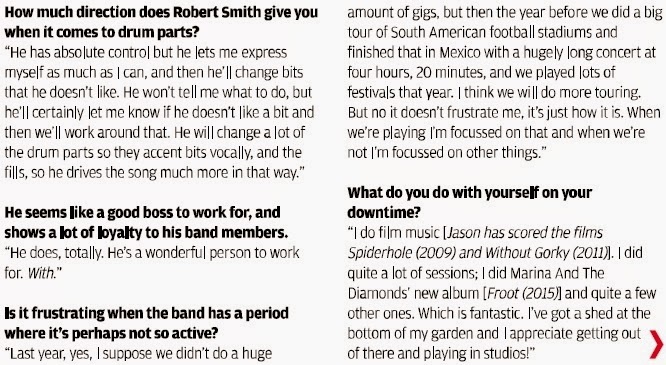