Simon Gallup is a Doctor Who fan! 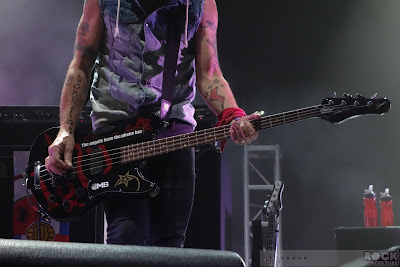 Simon now has a "The angels have the phone box" sticker on his bass. He previously had one that said "Saving the world has never been so ginger". Both are Doctor Who references. As a lifelong Who fan, this thrills me to no end. :)
(Photo from Rocksubculture) 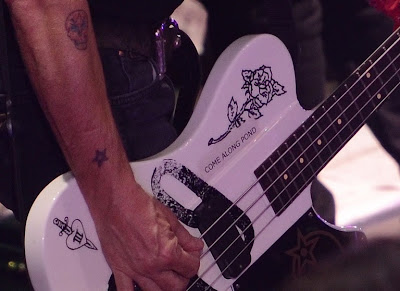 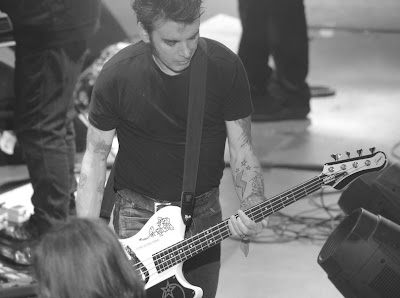 Update: He's also had a "Come Along Pond" sticker on his white bass, and also wrote that on his arm.
(Thanks Charlotte Sometimes) 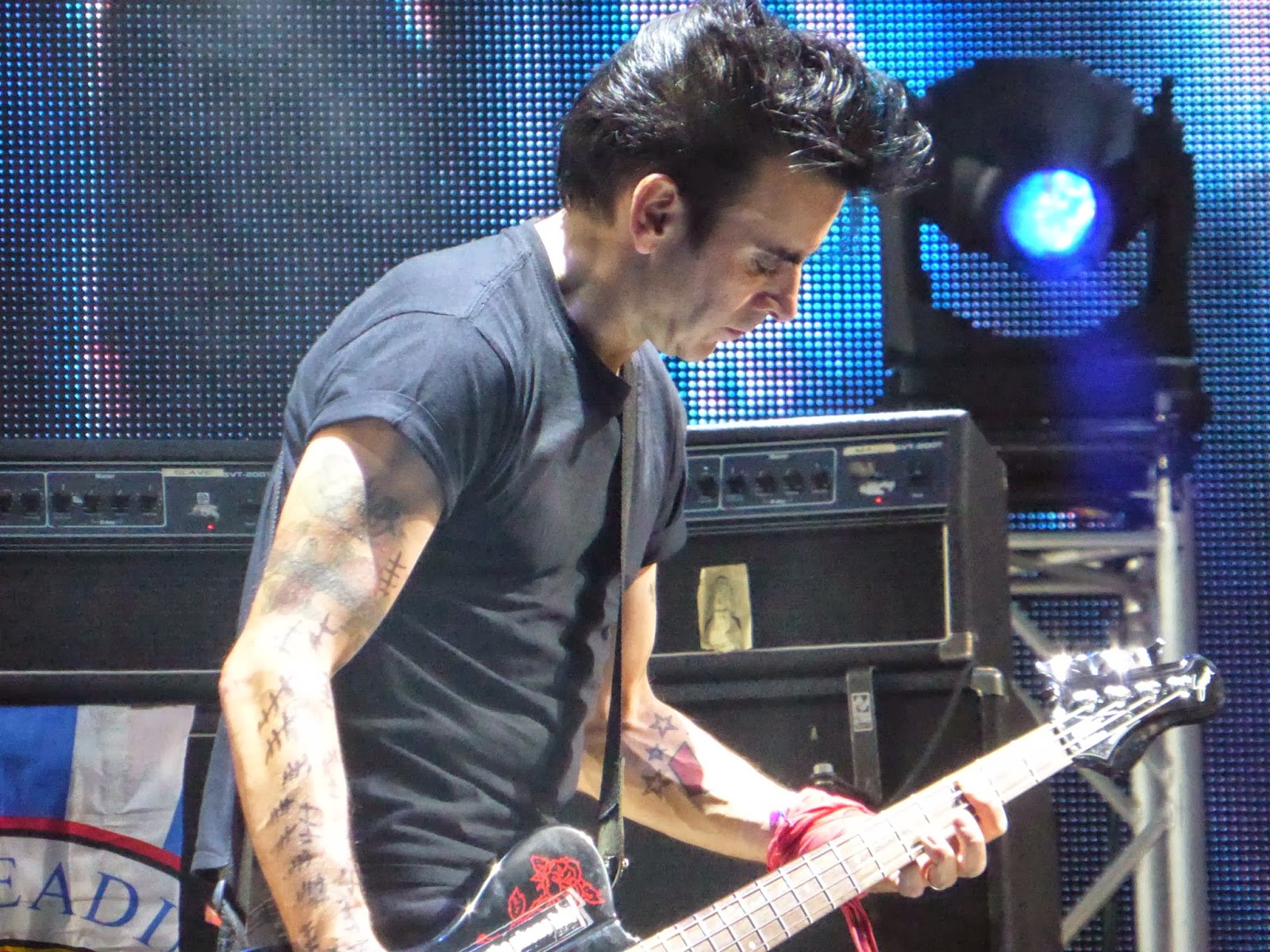 Update (10/21/13): Yet another Doctor Who reference from Simon, and further proof of his awesomeness. See those sets of marks on his arm? He must have run into The Silence quite a few times in Austin! ;) Thanks to Rev. Heron for sending the photo, and to Fuji for taking it at Austin City Limits on Oct. 5th. 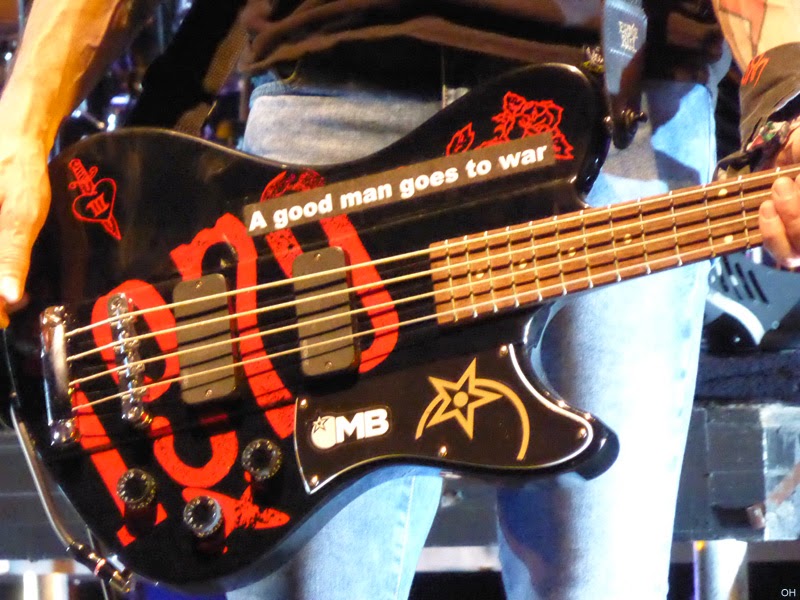 This is really fun! Have there been any other DW stickers or markings that I've missed?