Scenes from The Cure's Meet & Greet in Honolulu, including dress signing & Robert playing a ukulele. It's very funny.  And awkward. And a bit weird. And Simon steals the show. :) 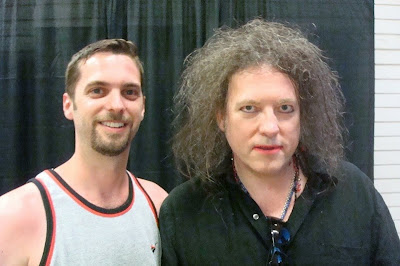 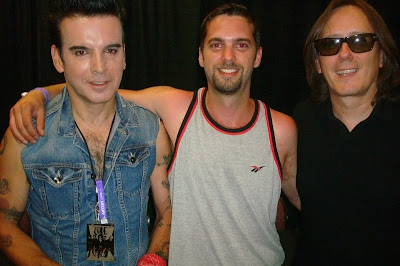 From Nando: "Here is a photo of Robert and I from the meet & greet at the Honolulu show. It was absolutely fantastic. Robert was awesome and very chatty. We didnt have much time with the band. About 10 minute and we went in groups of 10. We were allowed a camera and one article for them to sign. I met Simon at a beach bar the day before the show and he remembered me which was cool. Roger and I had a chat about when he lived in Canada and how he was once almost a Canadian. Was overall an amazing experience. The show that followed I'd have to say was one of the best shows I've seen to date. Last night was my 10th and it definitely wasn't my last. I'll send another photo of Roger, Simon and I.
Robert revealed that there were plans for a Reflections-like tour focusing on The Top, The Head on the Door, and Kiss Me, Kiss Me, Kiss Me! Exciting times for us Cure fans on the horizon :D"

Did you attend the Meet & Greet with The Cure in Honolulu? Would you mind sharing your experiences and photos with us? Thanks!
Posted by Craig at 12:10 AM