Reeves Gabrels joins The Cure for the Summer

Welcome to The Cure, Reeves! Good time to take a listen to Yesterday's Gone again. Beautiful!

From Slicing Up Eyeballs: "While Smith has not made an official announcement regarding Gabrels’ addition to the lineup — and generally hasn’t announced lineup changes in recent years — musician Jenn Vix, who released a song with Gabrels earlier this year, tells Slicing Up Eyeballs that Gabrels is “an official band member now” and will play all of The Cure’s summer festival dates."
Update: Robert says Reeves is "just filling in", he's not a member of the band. 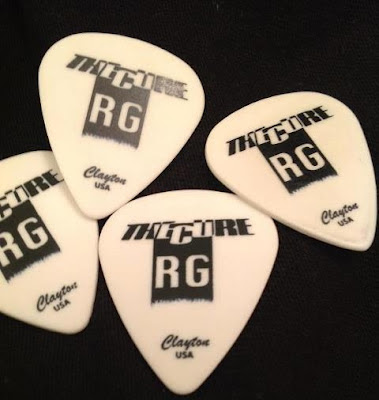 From Jenn Vix on Facebook: "For all my friends who have been wondering where I have disappeared to for the last few weeks... I am playing guitar with The Cure. We will be doing festivals throughout Europe this summer." -- Reeves Gabrels
Posted by Craig at 7:29 PM