Underneath The Stars autographed print 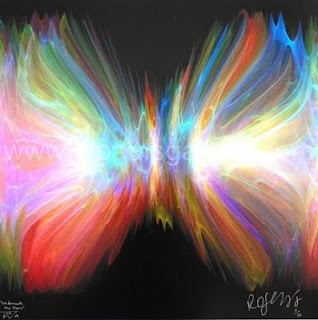 Available on ebay (both prints now sold) or from St. Paul's Gallery.

Robert Smith chose Underneath The Stars from the Cure's album 4:13 Dream as his Soundwave. Robert Smith chose this image saying "it looks like the stars exploding in the night sky". The artist says "The Cure are one of my favourite bands and working on this gave me the chance to catch up on so much new material. Underneath the Stars was a perfect choice for the artwork and it worked so well". The prints are available now in a limited run of only 50 prints World Wide." (Thanks Aaron)
Posted by Craig at 4:11 PM