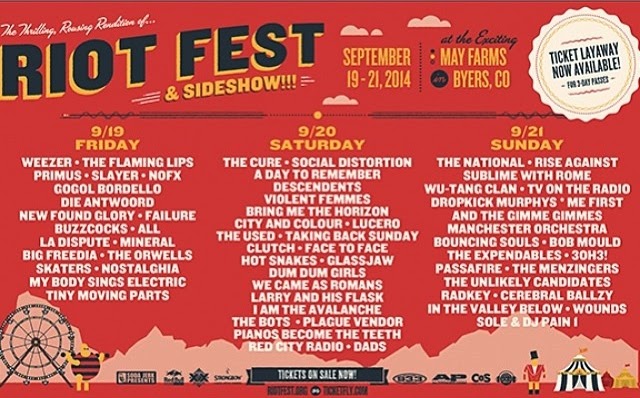 @RiotFest says the daily lineup for Denver's Riot Fest will be revealed tonight, June 18th, at 7pm Mountain time. No mention of them releasing the single day tickets at the same time, but be ready just in case.