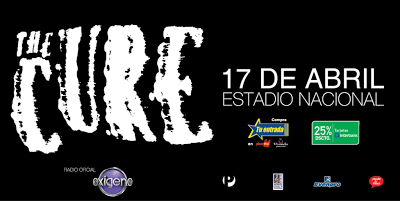 Update (Jan. 26th, 2013): This article says The Cure are confirmed for Bogota, Colombia on April 19th. And here's a TV report about that. Popload runs down what they know, what they think they know, and what they hope they know. (Thanks @biva77, @Lilialoman)
Posted by Craig at 7:49 AM